Yay! We made it in to (and out of) Sachs Harbour! We were supposed to be there from Thursday afternoon until Sunday night but due to fog we didn’t get there until late Friday afternoon. Friday we set up our kit, Saturday we worked on the Sachs Harbour autostation then Sunday we hopped on the Parks Canada charter to do our 2 stations in Aulavik National Park. The 2 stations we did Saturday were extra fun because the Twin Otter was holding for us so we were under a considerable amount of time pressure. We landed, grabbed our stuff and got straight to business. The first one took 2 and a half hours and the second took an hour and a half.. and (almost) everything works. It was fun playing “special ops weather troops” (yes, we have been on the road a long time now, why do you ask?)

Sachs Harbour from the air

The Beech100 that took us from Inuvik to Sachs 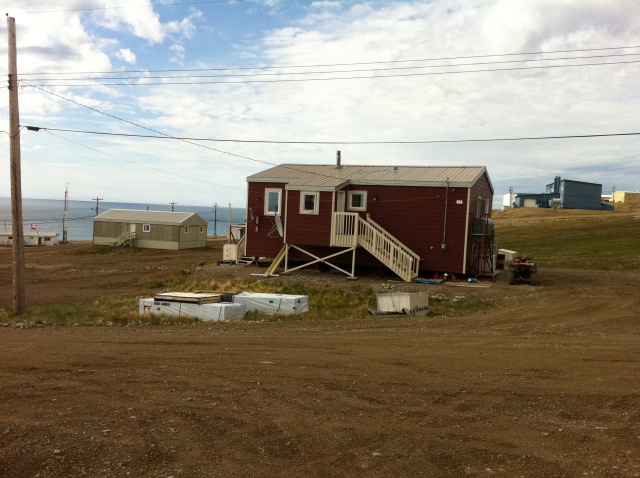 So far north that the satellite dishes point down.

I forgot to take pics in the park after this one because we were so rushed. D’oh!

This entry was posted in Uncategorized. Bookmark the permalink.